Finally restored to life, Nora Fries responds to her frosty new existence with cold-hearted glee in this first look at Detective Comics #1015. 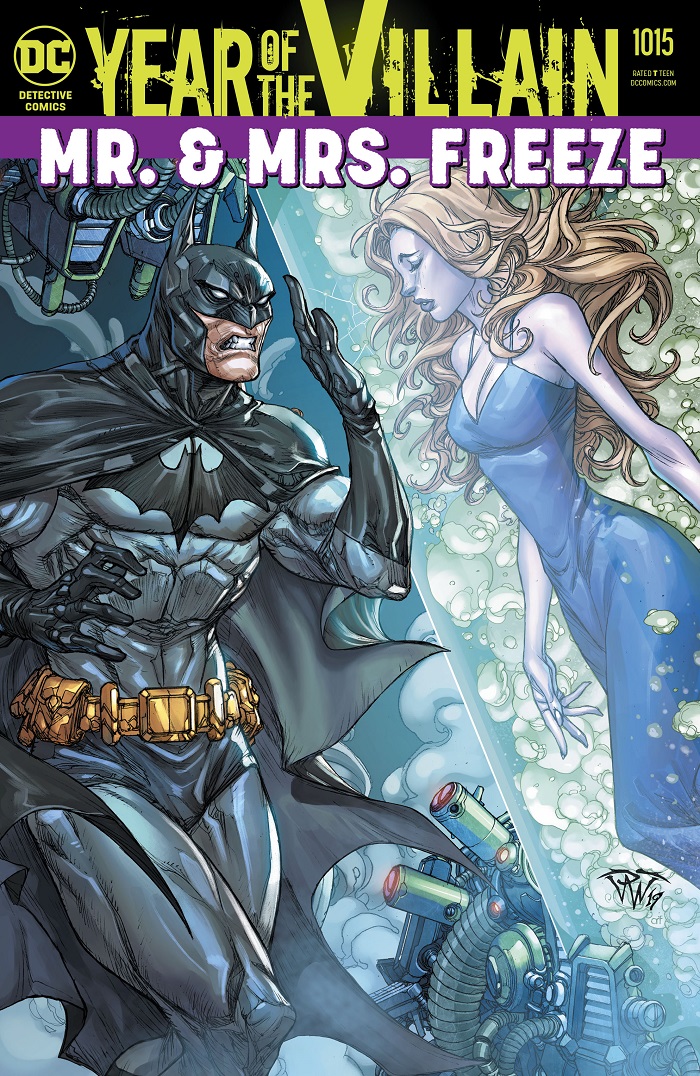 
Be careful what you wish for…

For years, Victor Fries has attempted to bring his beloved Nora back to life after placing her in cryo-sleep in a desperate attempt to save her life. Finally, he’s found a way, and for the first time since becoming Mr. Freeze, Victor’s wife walks again…but at what cost? Restoring Nora required Victor to abduct several innocent women and accept some help from Lex Luthor—someone whose motivations are hardly altruistic. The abductions put Batman on Mr. Freeze’s trail and Luthor’s regeneration serum may have done more to Nora than just bring her back. Victor’s singular obsession was doing whatever it takes to save the previously kind Nora. Now she’s back, but can you really say she’s saved?

In this exclusive first look at the pivotal Detective Comics #1015, Victor finds that his wife takes a little too much joy in the destruction that he views strictly as a necessary evil. It’s a startling realization for Gotham’s frostiest villain, and there’s an even more chilling one to come—now that Nora has the same capabilities that he has, there may be little he can do to rein her in.