Batman #87 First Look: Why are Gotham's Villains So Terrified?

The Penguin and Riddler are scared and on edge—and the Dark Knight has nothing to do with it—in this exclusive first look at Batman #87. 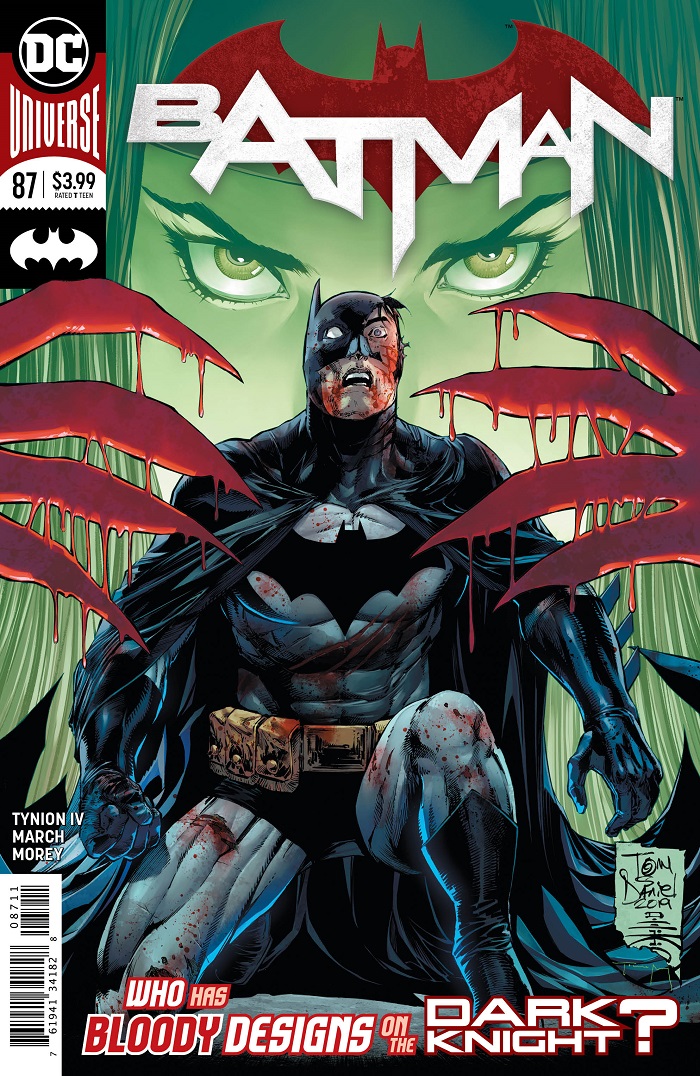 To the many people of Gotham City, Oswald Cobblepot and Edward Nygma are the stuff of nightmares. So, when there’s something out there that has them frightened, it’s time to get worried. Especially when Gotham’s legendary protector, Batman, seems to have no clue that anything’s wrong.

In Batman #86, which marked James Tynion’s debut on the series, Bruce single-handedly took down five of the world’s most notorious contract killers, including Deathstroke. Taking down five super-powered baddies is a pretty big night, even for Batman, and typically would mark the end of that particular crimefighting chapter. Only, it seems like there’s something bigger at play…and it may have roots that extend frightening close to home for Bruce. As Batman battled Deathstroke, Selina stopped a seemingly much less violent crime in process only to see the whole thing end in a terrifying death and a cryptic threat about a “perfect crime” from a voice she clearly recognizes.

Now, in next week’s Batman #87, the veil is pulled back even farther as we learn that this perfect crime has also perfectly set Gotham’s underworld on edge. While Penguin and Riddler aren’t exactly paragons of level-headedness, whatever is happening has them resorting to terrifyingly extreme measures that are out of character for both of them. How desperate are we talking about? You can find out in this exclusive first look at the issue, in which a frantic conversation between two of Gotham’s most wanted culminates in a reference to…well, check out the preview and find out!