Next Door is a neo-noir story of paranoia, privilege, and walking the dog gone wrong. 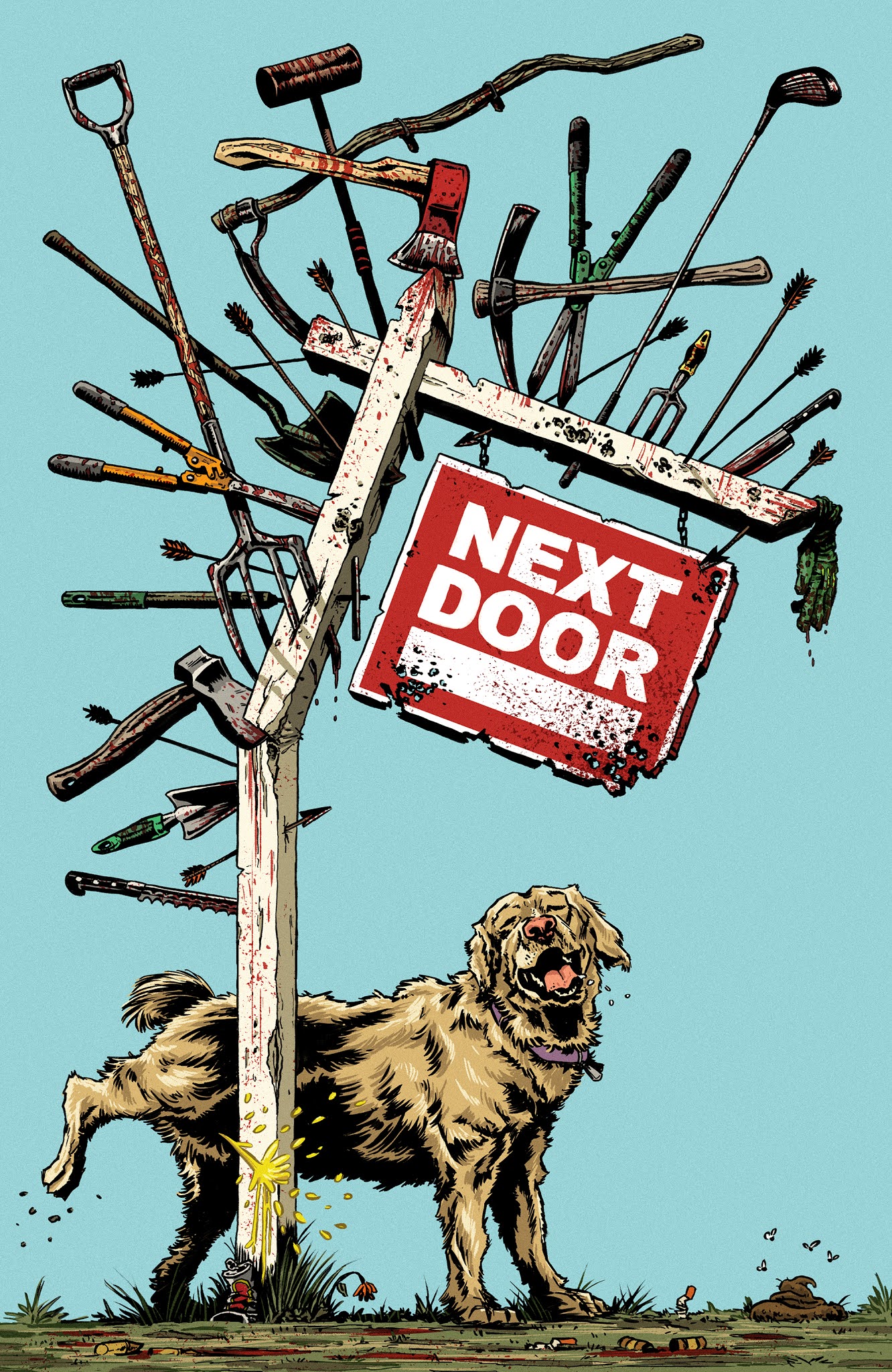 It’s the debut comic for writer/journalist Zack Quaintance, and the second Kickstarter comic for artist Pat Skott (The Space-Wolf). They're joined by star colorist Ellie Wright (Bettie Paige, James Bond) and star letterer Hassan Otsmane-Elhaou (Black Stars Above, Join The Future). This neo-noir tale has hints of The Dregs, some BTTM FDRS, and just a bit of Stray Bullets.

Young married couple Chris and Liz just bought a new house in an “up and coming neighborhood.” When their dog starts to get loose and roam, the couple finds themselves interacting with long-time residents they’re pushing out, and what starts as a series of misunderstandings between neighbors culminates in a night of suspicion, fear, and sudden violence.

It's 30+ pages of crime comics meets the housing crisis, told through the dual perspective of a trendy privileged couple moving into an "up and coming" neighborhood...and the long-time residents they're pushing out. Many of the folks in this story are so involved with their own petty micro-dramas, that larger societal consideration gets pushed aside until it all boils over into a night of chaos. Here's a quick four-page preview of the book before the #*$& starts to go down...

“I didn’t realize this until the book was mostly done, but part of what was going on in my subconscious when we created Next Door was that I was confined to my neighborhood by the pandemic,” said the book’s writer, Zack Quaintance. “So, I had to freshly contemplate the idea that there was extreme danger near where I lived, which is 100 percent evident in our neighborhood crime comic.”

Next Door’s Kickstarter is dedicated to getting the book colored, lettered, and out to backers. Extras within the 40-page book include character pin-ups by artist Paul-Harrison Davies, an essay on the housing crisis by Zack Quaintance, artist Anna Readman’s excellent variant cover, and more. Backer reward options include:

What fans are saying about early previews:

“The best in neo-noir revels in people at their worst. It’s a genre that deals in stories about “places” just as much as it does petty murder. Next Door promises a seamless blend of everything that makes the genre great with a timely and relevant story about privilege. I’m all in.” - Zac Thompson (The Dregs, Undone by Blood)

“Intimate and warm with a sense of approaching calamity — just like real suburban life. Zack’s deftly playing with the very DNA of a world full of privilege and privation.” - W. Maxwell Prince (Ice Cream Man, King of Nowhere)

“Next Door promises to be a sharp, biting, and necessary tale. It’s the kind of social satire that gives voice the economic warfare tearing people and communities apart. Sharp, timely, and essential — it’s what every comic should aspire to be.” - Micheal Moreci (Wasted Space, The Plot) 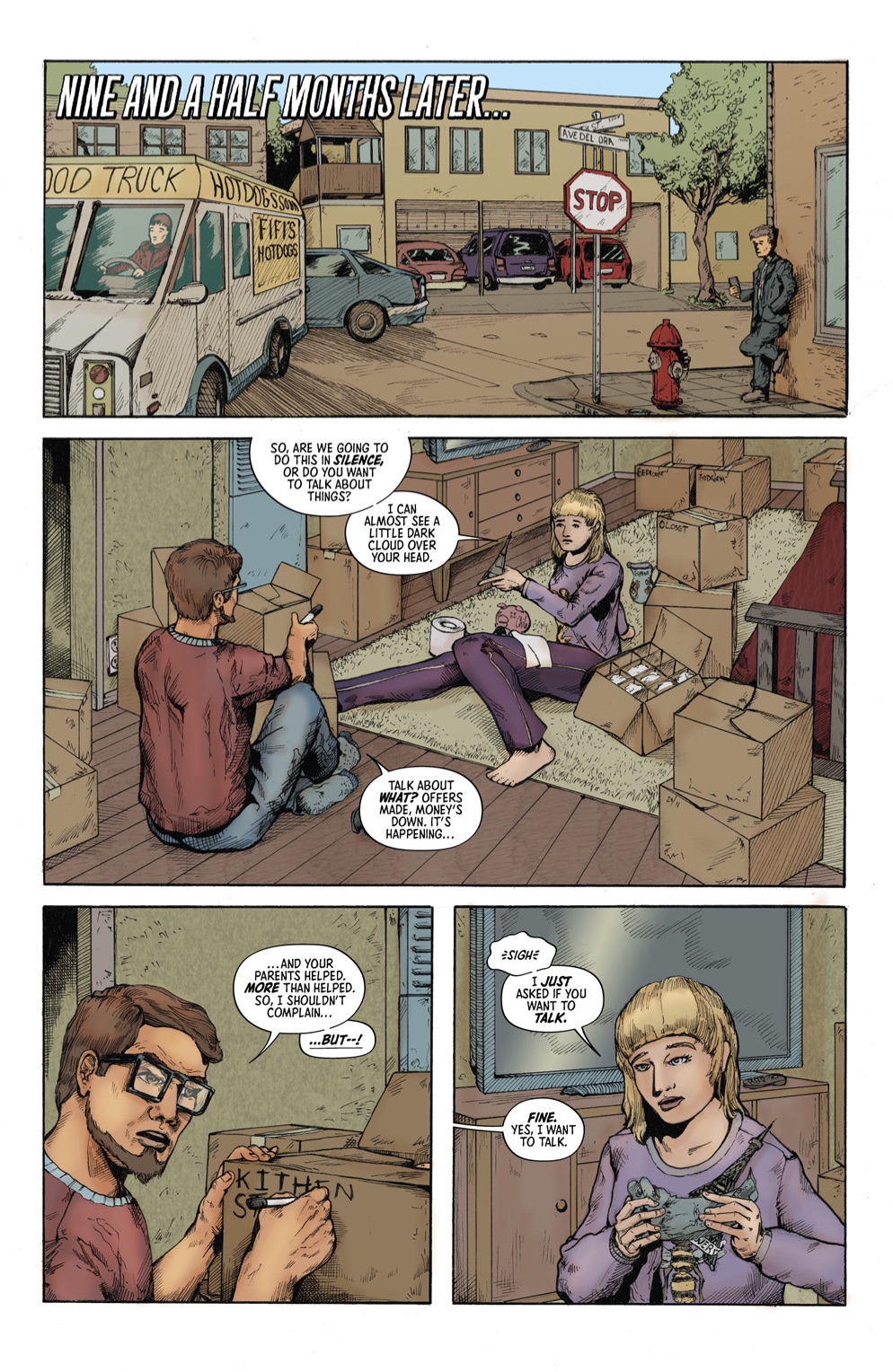 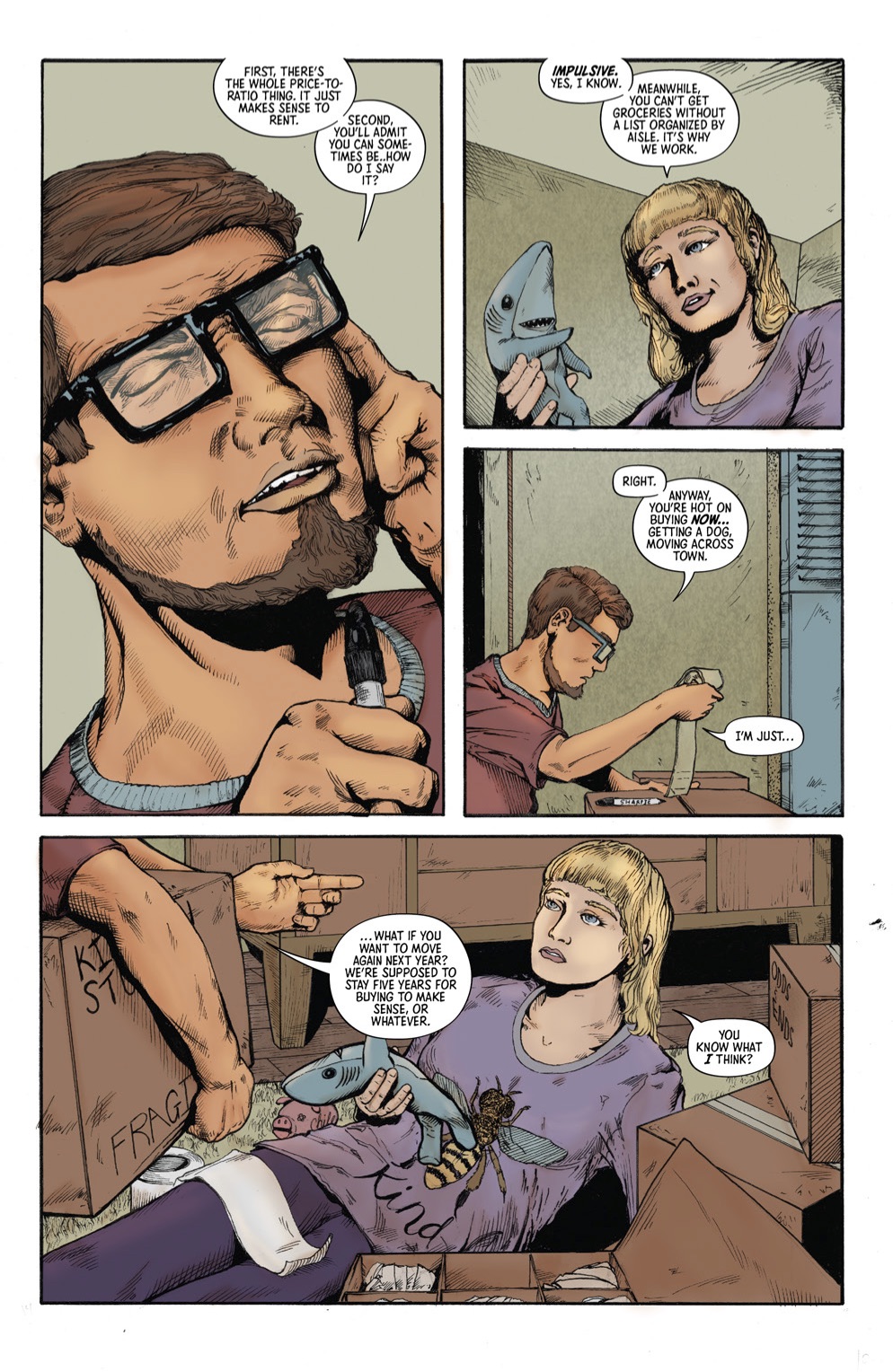 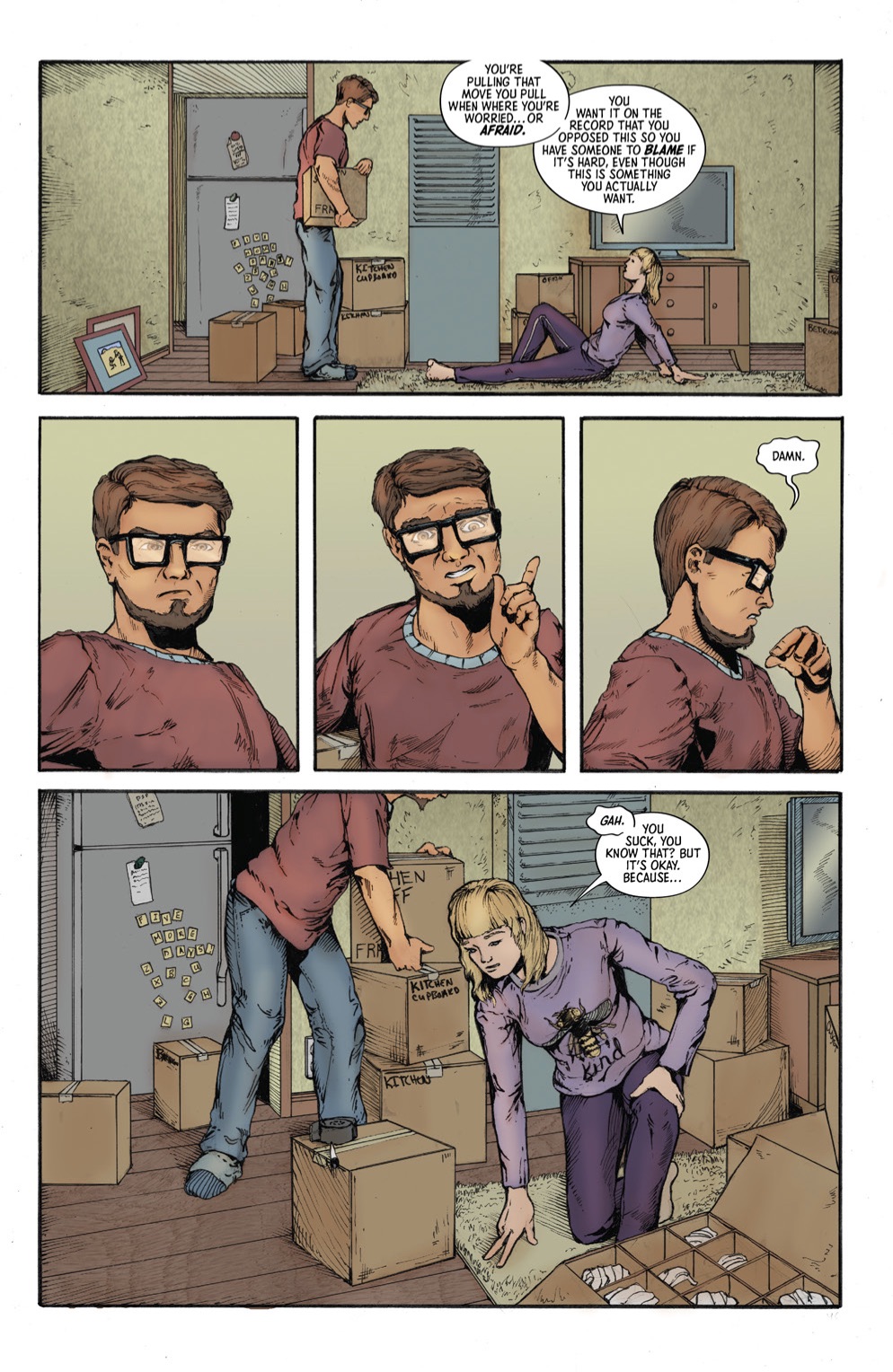 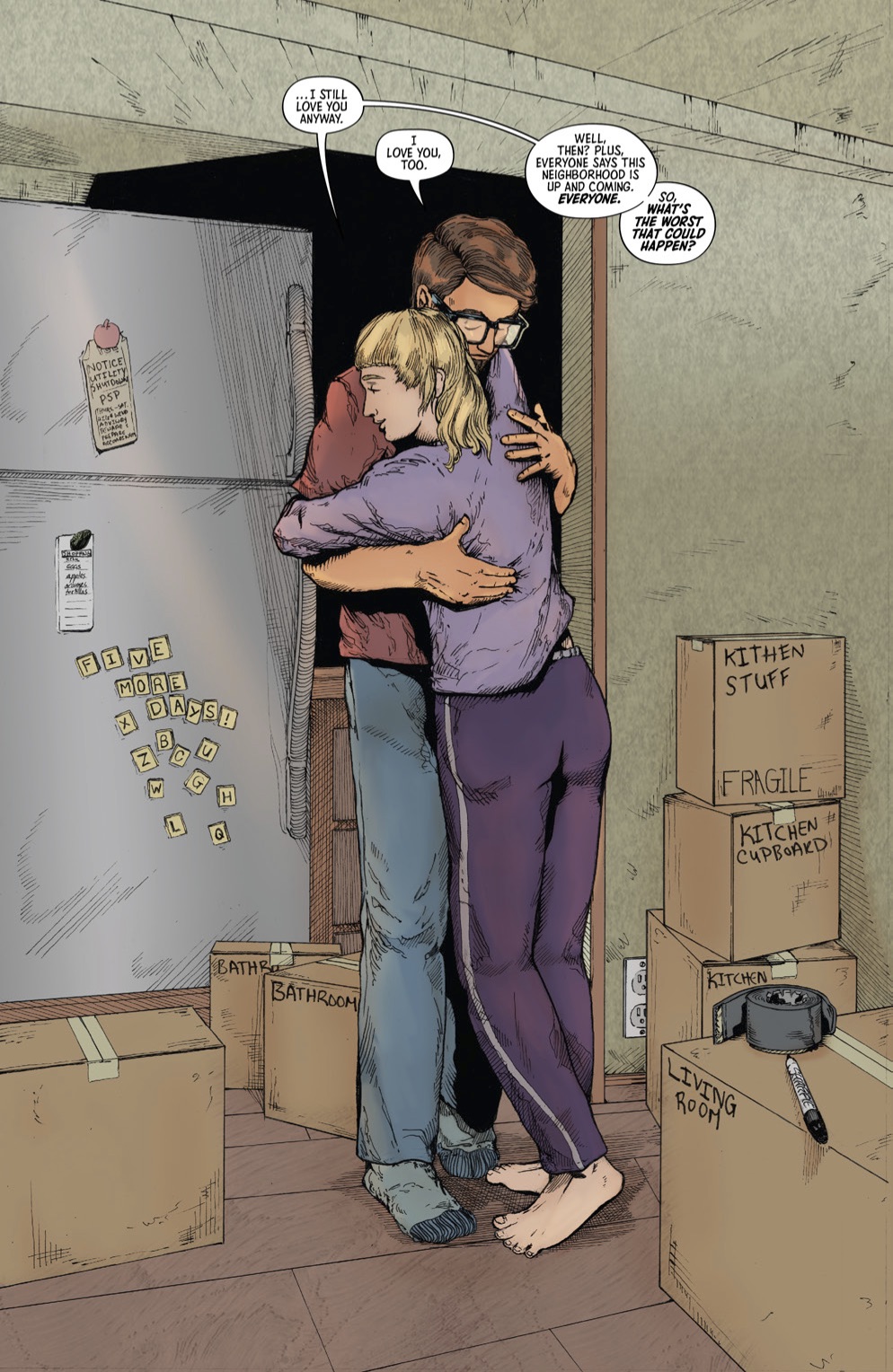 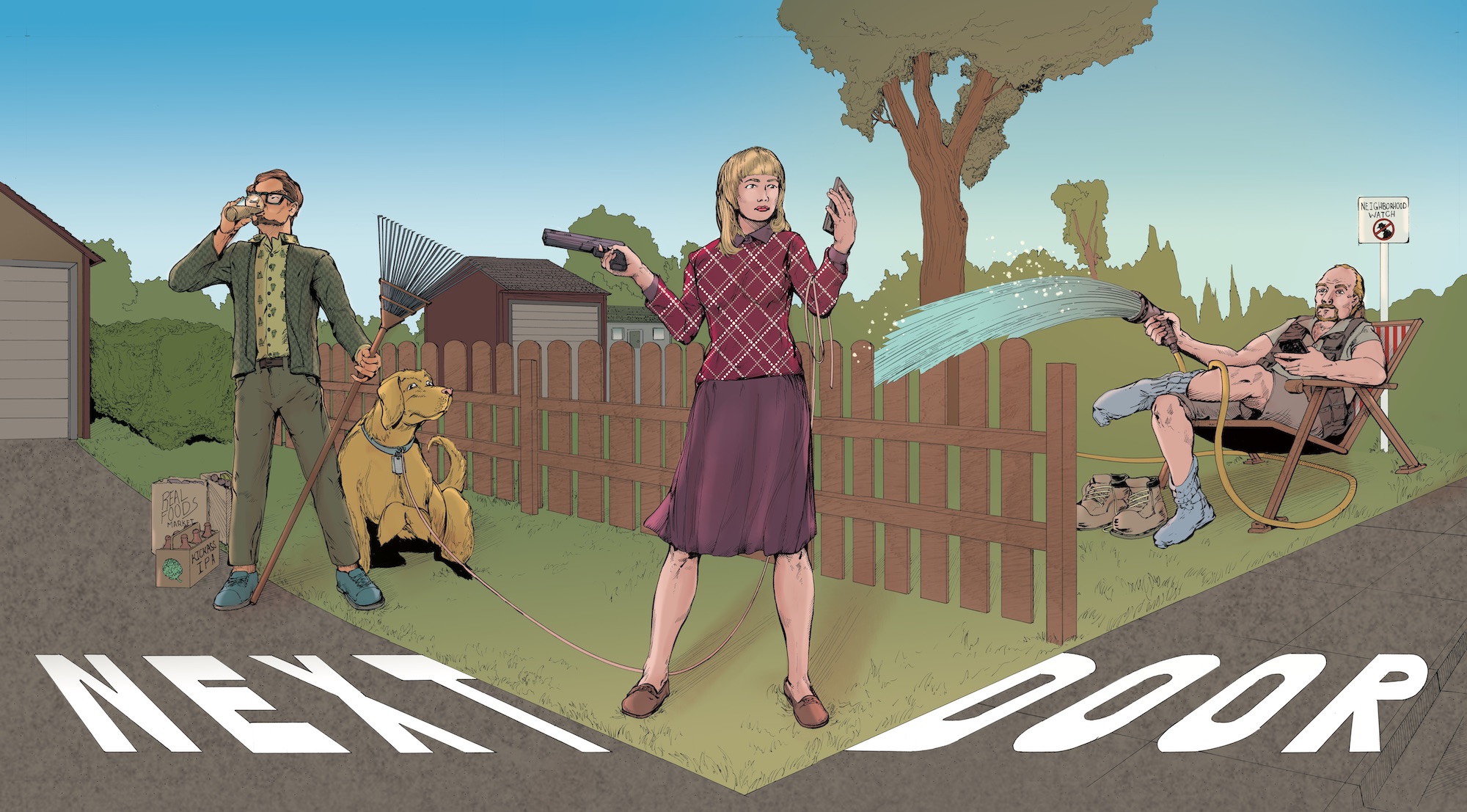