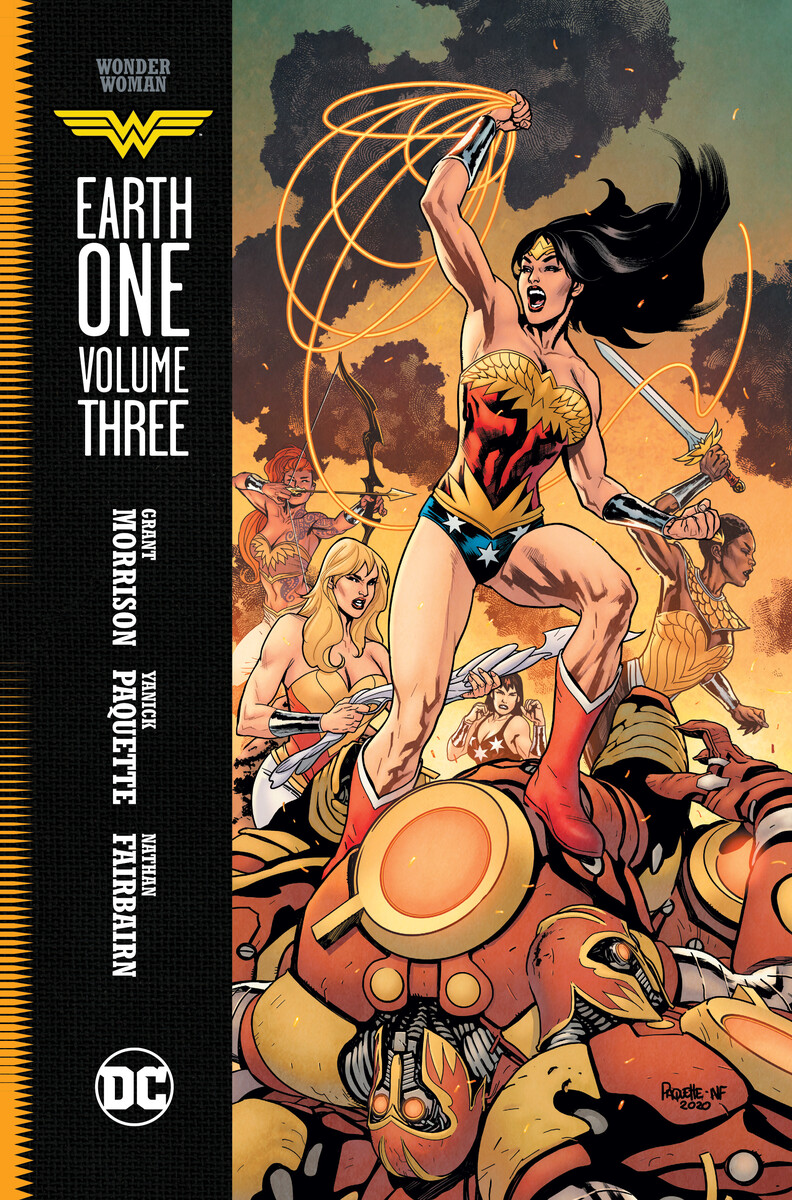 Diana, now queen of the Amazons, must assemble the disparate Amazonian tribes for the first time in a millennium. Max Lord’s assault on Paradise Island with his destructive A.R.E.S. armors is on the horizon, and in order to weather the war that is coming, Wonder Woman will need the full might of her sisters by her side! Can Diana finally bring her message of peace to Man’s World, or will Max Lord’s war burn the world and the Amazons to ashes?

Continuing the tradition of the critically acclaimed 'Earth One' tales that deliver creative new interpretations of DC’s world-renowned Super Heroes, Wonder Woman: Earth One Vol. 3 is part of DC’s critically acclaimed and #1 New York Times bestselling 'Earth One' series and is Grant Morrison and Yanick Paquette’s final installment of this visionary and enterprising trilogy of graphic novels.

A thought-provoking original graphic novel that puts an all-new spin on the Amazon Warrior, written by Grant Morrison, one of the most groundbreaking, critically acclaimed, and bestselling writers of his generation, and drawn by Yanick Paquette, an Eisner Award-nominated and Shuster Award-winning, globally recognized Canadian artist, this newest entry in DC’s Wonder Woman: Earth One trilogy is a great entry-point graphic novel for new readers.

To preorder books from a comic shop near you, visit comicshoplocator.com, and to preorder Wonder Woman: Earth One Vol. 3 from an independent bookseller, visit indiebound.org.

Praise for Wonder Woman: Earth One by Morrison and Paquette:

“This is the most complex, powerful, and confidently sexy Wonder Woman on record.” —Booklist (Starred Review)