Image/Shadowline is pleased to announce that artist Moritat (Gunning for Hits) and colorist Casey Silver will be joining series writer Ryan Ferrier (Rick and Morty, Narcos) on the Rat Queens team. The two collaborators will put a fresh spin on the beloved high fantasy series and promise fans even more adventure to come this October. 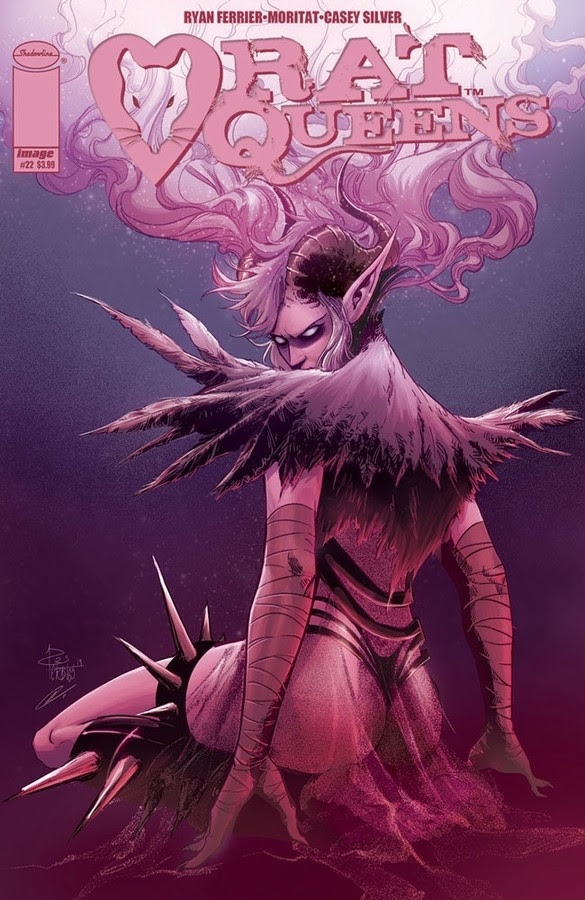 “We're going back to the roots of what makes Rat Queens such a perennial fan favorite—booze, blood, big laughs and even bigger adventures. Prepare for a new level of sword and sorcery with the undisputed queens of bad girl fantasy action!”
No gods. No rules. All problems. In Rat Queens #22, business is booming for our heroes-for-hire, but the dissolution of an ancient treaty has put Palisade in the crosshairs of a monster squad with an appetite for long nights, party fights, and wolf bites!
Ferrier added: “We're thrilled to be able to finally work with Moritat and Casey. The rest of this arc will not only look amazing, but will continue to bring the fun, fantasy, and attitude Rat Queens is celebrated for.”
Rat Queens #22 (Diamond Code AUG200365) will be available at comic book shops on Wednesday, October 21.
Rat Queens #22 will also be available for purchase across many digital platforms, including Amazon Kindle, Apple Books, comiXology, and Google Play.
Who are the Rat Queens? A pack of booze-guzzling, death-dealing battle maidens-for-hire, and they're in the business of killing all gods' creatures for profit. It's also a darkly comedic fantasy series starring Hannah the Rockabilly Elven Mage, Violet the Hipster Dwarven Fighter, Dee the Atheist Human Cleric and Betty the Hippy Hobbit Thief. A contemporary take on violent monster-killing epics like Buffy the Vampire Slayer, but set in a Lord of the Rings-esque world. The perfect series for D&D and RPG fanatics everywhere.
Rat Queens, Volumes 1-7 trade paperbacks and Rat Queens Book 1 and Book 2 Deluxe hardcover editions are all available now at your local comic book shop or independent bookstore via Bookshop or IndieBound, or at Amazon, Barnes & Noble, Books-a-Million, and Indigo. 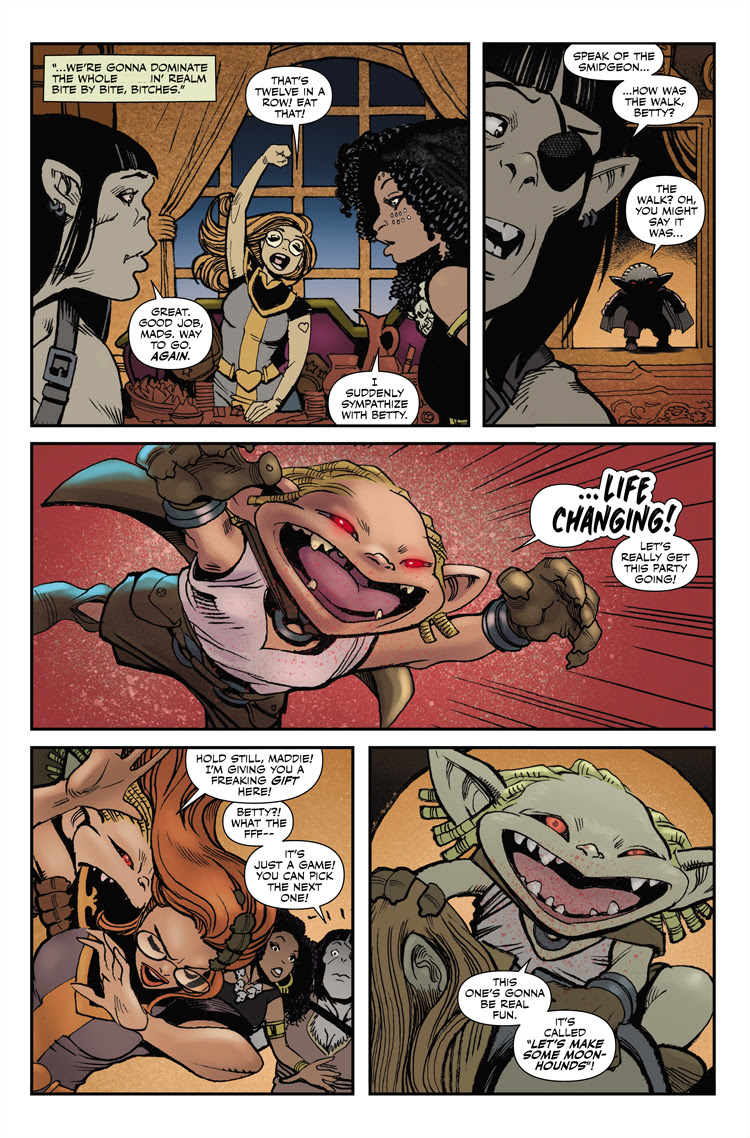 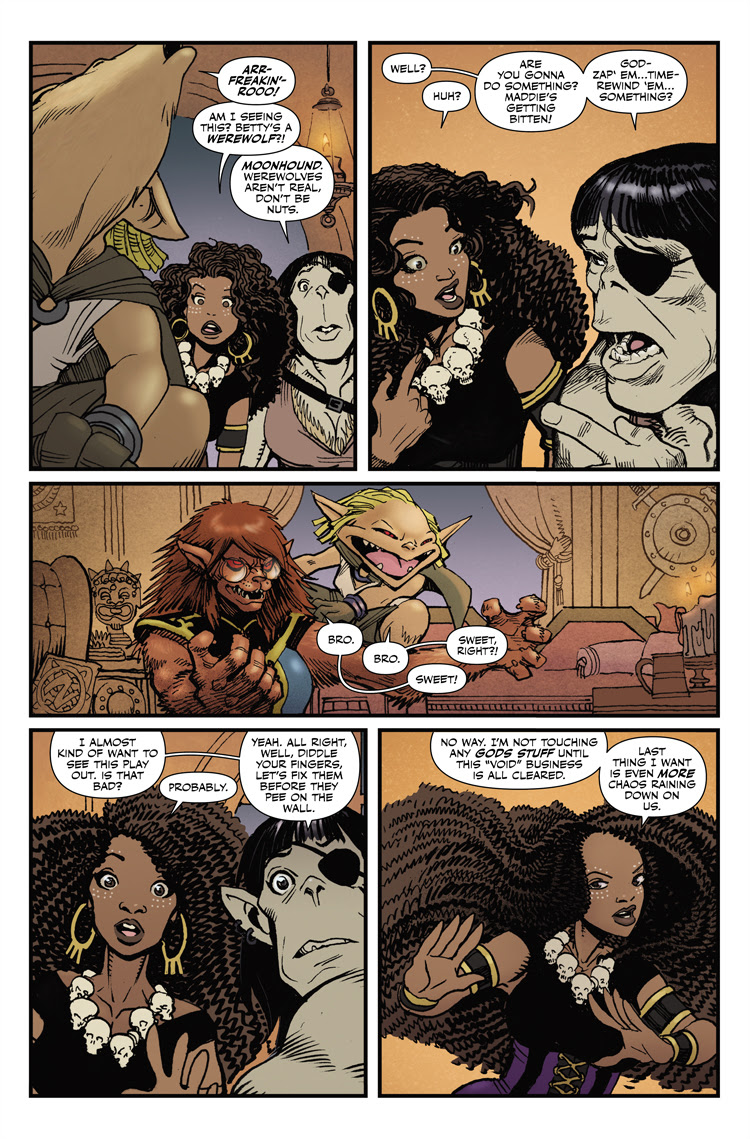 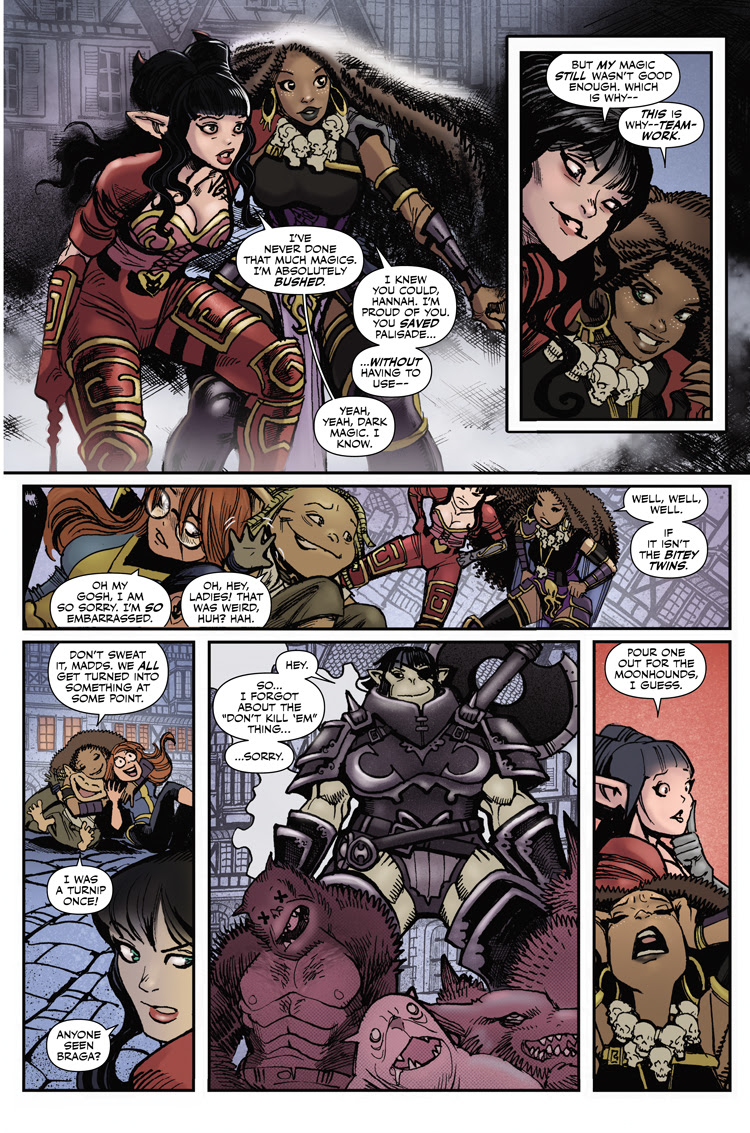