Meet Ramsay Carnes. Known to his friends as "Ram,” he’s a process server – a reaper – for the Death Notification Agency, which is now the biggest government organization in the world thanks to a mysterious and highly-guarded technology that can determine the time of anyone's demise, right down to the minute. And it’s Ram’s job as a reaper to deliver death notices to soon-to-be-deceased citizens 24 hours before they give up the ghost.

Ram floats through his days letting folks know when their lives are about to go belly up, then heads to Nasty Nate’s Tavern in his aloha shirt to wash down the days with a well-earned drink or ten. And since the DNA’s never been wrong in predicting a death, Ram works with the confidence of knowing he’s doing his part to help people put their affairs in order and say goodbye to their loved ones in their final hours. But Ram’s simple life is about to get a lot more complicated when one night... he receives his own death notice.

"DNA has been a labor of love for me from the moment Ram’s juicy, expletive-laden voice popped into my head years ago, urging me to tell this story about a guy who only starts valuing – and living – his life once he gets the news he’s going to die," said writer Julian Meiojas. "Ram’s world where life and death has become a government-regulated business captivated me so much because I’ve always been fascinated by the rapid growth of technology and the drastic effect it has on our lives. Why not our deaths, too?" 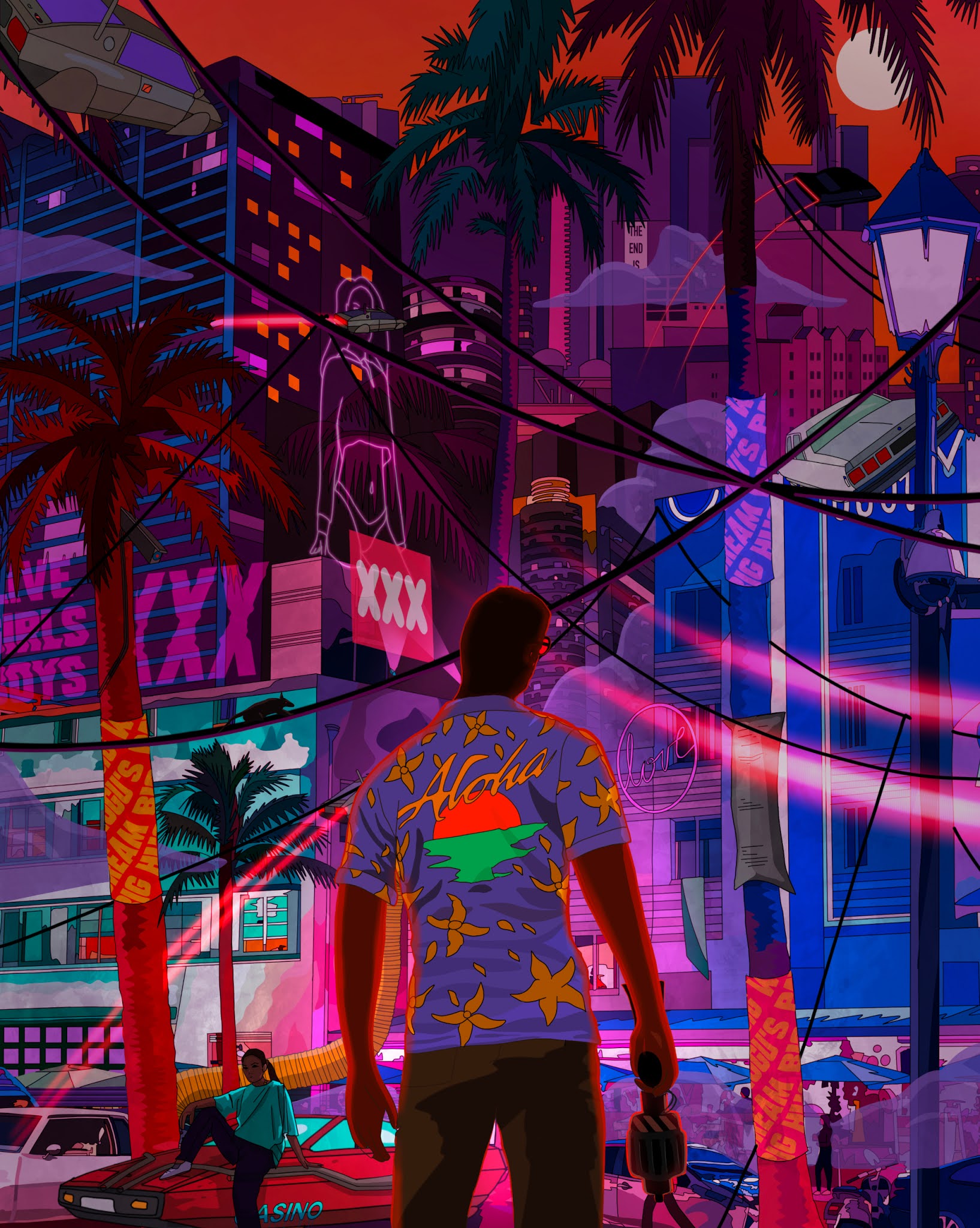 DNA follows Ram as he now has to outrun his own death, traveling from sweat-drenched Florida down elevated sky roads to New York City, where the DNA’s skyscraper headquarters hides a secret that—if Ram digs deep enough—could unravel the truth behind not just his own death notice but the life and death business as he knows it.

DNA will be accompanied by spot illustrations from artist Mad Dog Jones, "I've been trying to find the inevitable beauty within a dystopia,” said Jones. “Even when all else seems lost, there will always be light, color and hope in the chaos and despair."

"I wanted to explore this paranoid feeling that maybe we don’t even have enough time to recalibrate before having to face the consequences of our own progress," added Meiojas. "Couple that with a deep admiration for 70s conspiracy thrillers and rage-against-the-machine masterworks like Taxi Driver and Bladerunner, and voila – you get Death Notification Agency. I couldn’t be more excited to tell Ram’s story over six volumes with NeoText, and hopefully, give readers a popcorn hellride they enjoy as much as I did writing it."

A mind-bending and visually lush thrill ride, DNA’s first installment will be available October 13th for $1.99, with subsequent installments to follow in the coming weeks.