ComiXology Originals celebrates science fiction this November 24th with the launch of second seasons of Breaklands and Stone Star and the highly anticipated conclusion of Promethee 13:13, available in its entirety in one epic volume for the first time. 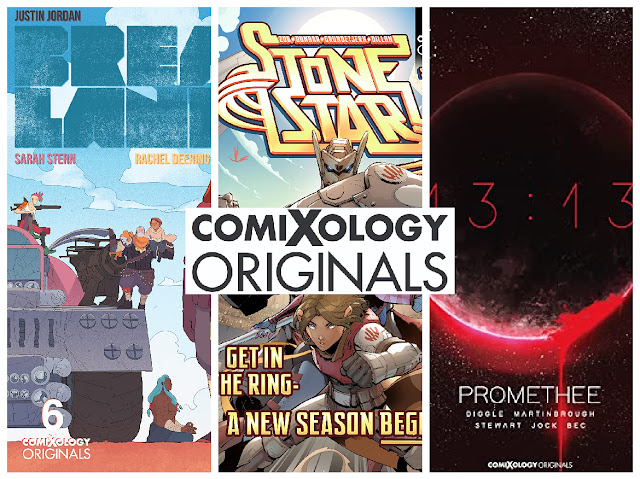 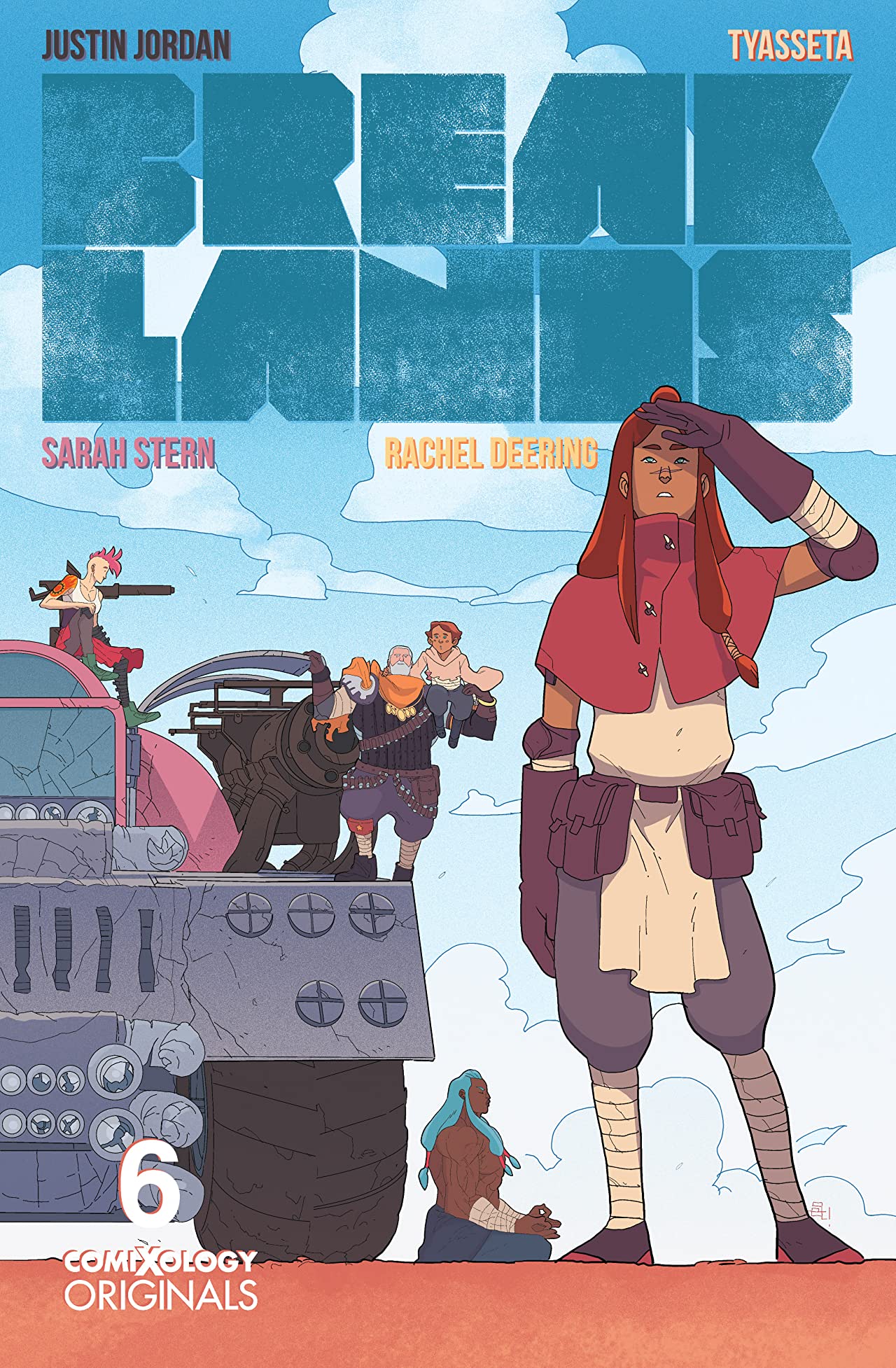 Breaklands Season 2
"Breaklands is back and we're going bigger, weirder and wilder than last time. Cannibal sky pirates?
That's only the beginning..."  —Justin Jordan
●        Written by Justin Jordan, the co-creator and writer of The Strange Talent of Luther Strode, Spread, and Reaver, with art by Tyasseta, colors by Sarah Stern, and letters by Rachel Deering.
●        Set 150 years after humanity developed psychic powers and ended the world as we know it, a new world has emerged. This post-Break world has become almost entirely dependent on talents for nearly everything, especially fighting. Kasa Fain, is a young teenager, an outsider, who was in hiding with her younger brother, Adam, until the day he was kidnapped for his shaper ability. With their mother gone, Kasa, armed with her smarts and a bow and arrows, set out to rescue her brother from the Rumblers. Now reunited, Kasa and Adam are on the run and being pursued by Skypirates, land-bound criminals, and the God-King Rask. But when Kasa learns she just might possess the most powerful talent of all, can they get to safety? 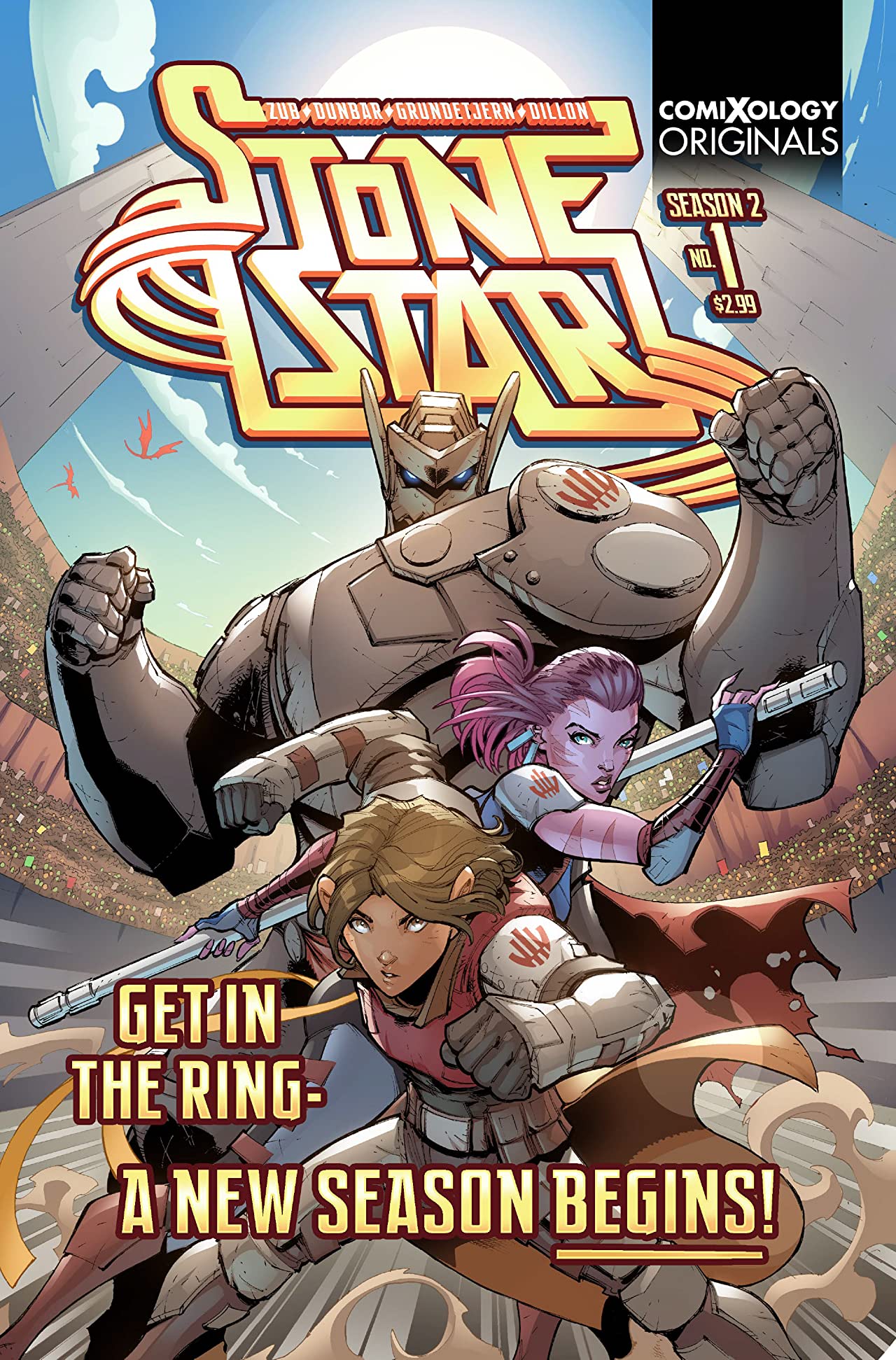 Stone Star Season 2
"Stone Star Season 2 expands in explosive ways, with tons of new characters to meet and challenges to overcome. Max's ability to envision an entire universe of amazing friends and foes never ceases to amaze me and I know readers are going to be impressed when they see every twist and turn we have planned." —Jim Zub
●        Written by Jim Zub (Conan the Barbarian, Avengers: No Road Home, Rick & Morty vs Dungeons & Dragons) and with art by Max Dunbar (Champions, Dungeons & Dragons), colors by Espen Grundetjern, and letters by Marshall Dillon.
●        Evoking the very best of science fiction, cyberpunk, and modern-day sports entertainment, Stone Star bursts with colorful characters and pulse-pounding action as it returns with Season 2! Entertainment abounds, and competition and celebrity are intertwined, as the mobile space station Stone Star travels to ports across the galaxy. Inside the gargantuan vessel of tournaments and temptations, foragers and fighters struggle to survive. Gladiators fight to find their fortune, but there are other secrets lurking beneath the surface. At the forefront is a young teenager named Dail who has been drawn into the ring and is trying to prove himself in the Grand Arena, but there are forces on the station determined to see him destroyed as revenge for his father’s fighting legacy. 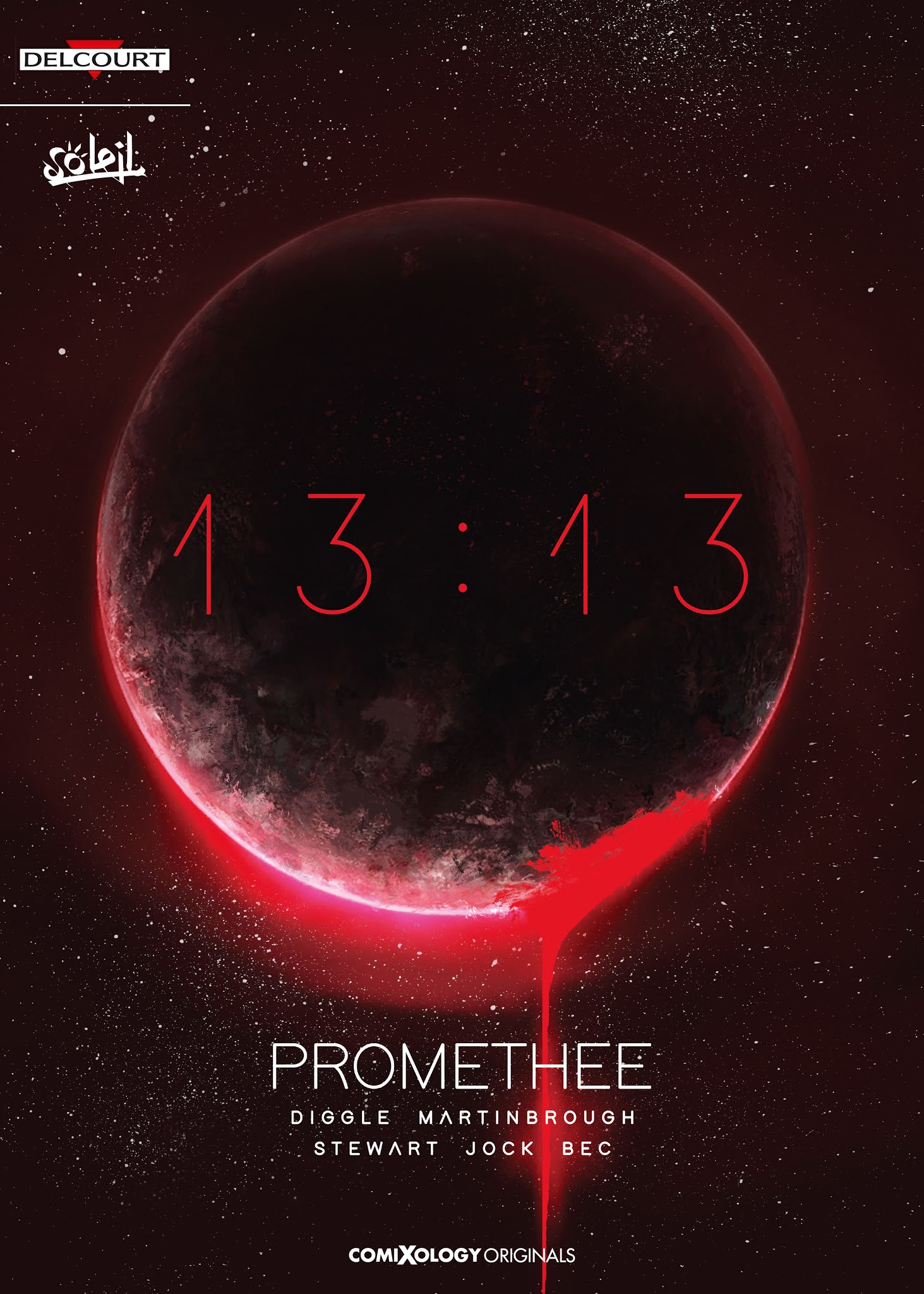 Promethee 13:13
“The world seems to be getting weirder every day, and it can feel overwhelming. I wanted to show that even in the darkest of times there is still, always, hope. And that by sticking to our values of kindness, decency, courage and determination, we can carry the light of hope into the future. " —Andy Diggle
●        Headed by veteran editor Will Dennis, written by Andy Diggle (Green Arrow: Year One, The Losers, Thief of Thieves, James Bond), with art by Shawn Martinbrough (Thief of Thieves, Batman: Detective Comics, The Black Panther, Hellboy, How to Draw Noir Comics: The Art and Technique of Visual Storytelling), colors by Dave Stewart (Hellboy, Gideon Falls), lettering by Simon Bowland (Skyward), and with cover by Jock (Batman, The Losers).
●        Promethee 13:13 is a psychological sci-fi horror comic full of alien conspiracy. This prequel to Christophe Bec’s best-selling, multi-volume mind-bending, science-fiction bande dessinée, Promethee (Delcourt Group), tells the story of Darla, a successful author who has visions of apocalyptic invasions and being abducted by aliens as a child. After years of medication, she has put it behind her, until one day while speaking at a mental illness conference in San Diego, her life gets turned upside down. At the same time, strange things begin to happen during the latest space shuttle Atlantis mission. Promethee 13:13 is a thrilling fast-paced space drama leading up to the moments of September 21, 2019 at 13:13.
Part of the comiXology Originals line of exclusive content, Breaklands Season 2 #1, Stone Star Season 2 #1 and Promethee 13:13 will be available November 24, 2020, at no additional cost for members of Amazon Prime, Kindle Unlimited, and comiXology Unlimited.  They will also be available for purchase on Kindle and comiXology. Prime Reading offers all Amazon Prime members a rotating selection of thousands of top Kindle books, magazines, short works, comic books, children’s books, and more. Kindle Unlimited offers over 1 million titles, thousands of audiobooks, and select current issues of popular magazines for just $9.99 a month with a 30-day free trial at amazon.com/kindleunlimited. ComiXology Unlimited now offers over 25,000 comics, graphic novels and manga for just $5.99 a month with a 30-day free trial at comixology.com/unlimited.